Living statistics sometimes appear in the media. So also our statues.

Below you can find some links to media files about our statues :

With our statues we also go abroad. like Oostende of Marche en Femenne. This links gives you  impressing of that festival.We where thare with our statue Meten is weten  and in de knoop.

In 2015 during the world championship in Arnhem the German television made some recording. There you can see our statue Stil of niet.

12 November 2016 we where in the programma Gelderse koppen. A program from the Gelderse television broadcasting. If you wane see that follow the link.

In 2017 Raquel perfomed during the Winter opening of the shopping windows for the Bijenkorf in the Haque.

Very exiting but also very nice!
If you want to listing follow the link.
We appear in the 4e part of the show in the item called op de koffie.

Axel en Raquel where several times in the newspaper. We liked it as people sends is to us. 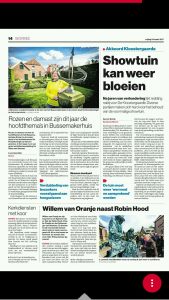 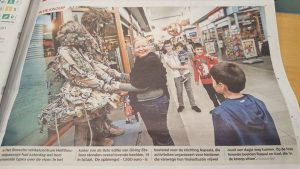 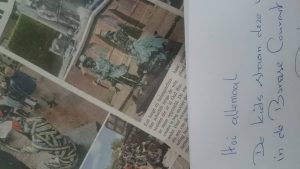